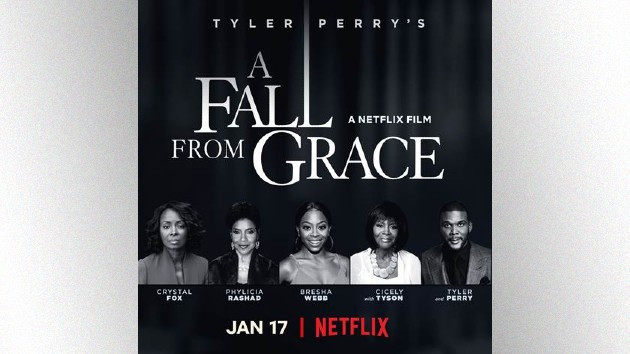 March 19 at 2 p.m. and at 4 p.m.—Fall from Grace [2020]— Grace Waters (Crystal Fox), a longtime pillar of her Virginia community, stays composed when her ex weds his mistress and her son moves away. With convincing from her best friend Sarah (Phylicia Rashad), she tries putting herself first, and a handsome stranger (Mehcad Brooks) becomes her surprise second love. Yet any woman can snap, and Grace’s new husband soon ravages her life, her work and — many say — her sanity. Shuttered in a cell awaiting trial for his murder, Grace’s only hope for vindication lies with Jasmine Bryant (Bresha Webb), a public defender who has never tried a case [Rotten Tomatoes]. This film is not a normal Tyler Perry with Madea and such. It’s been filmed in a mere four days, and according to some critics, that brief time invested shows in the lack of quality. So this selection is for our Tyler Perry fans to see, to discuss, and to ponder.